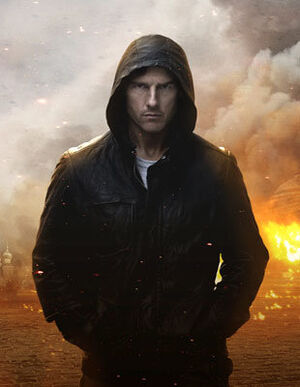 Check out this new picture of Mission: Impossible- Ghost Protocol featuring Tom Cruise as Ethan Hunt for his fourth time in the Mission Impossible franchise.

According to director Brad Bird of Pixar fame, the shot features Ethan Hunt walking away as the Kremlin explodes behind him.

Read an exclusive interview, courtesy of Yahoo Movies with Brad Bird on why he chose to direct his first live-action movie; how he feels about the other famous directors's visions, and how he felt asking Tom Cruise to dangle from one of the tallest buildings in the world.